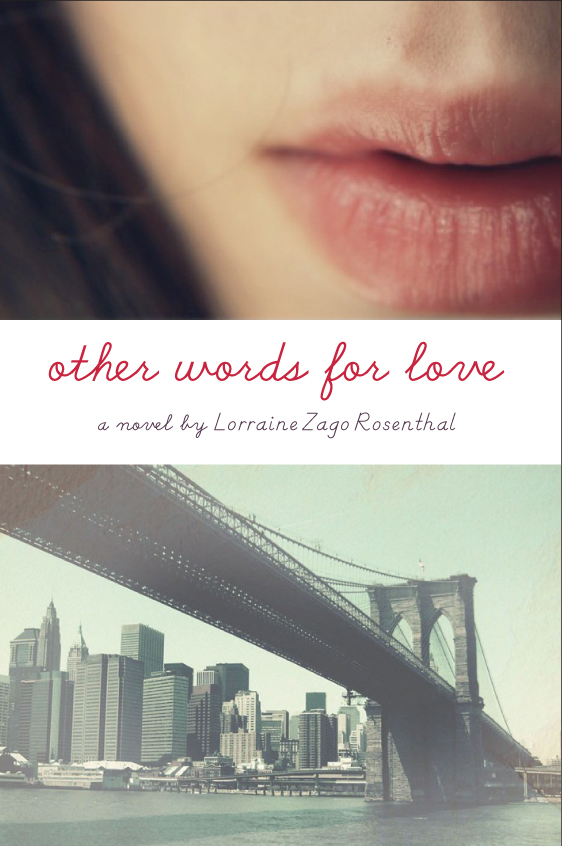 “Ari Mitchell feels invisible at her Brooklyn high school. Her hair is too flat, her style too preppy, and her personality too quiet. And outside school, Ari feels outshined by her beautiful, confident best friend, Summer. Their friendship is as complex and confusing as Ari’s relationship with her troubled older sister, Evelyn, a former teenage mom whose handsome firefighter husband fills Ari’s head with guilty fantasies.

When an unexpected inheritance enables Ari to transfer to an elite Manhattan prep school, she makes a wealthy new friend, Leigh. Leigh introduces Ari to the glamorous side of New York – and to her gorgeous cousin, Blake. Ari doesn’t think she stands a chance, but amazingly, Blake asks her out. As their romance heats up, they find themselves involved in an intense, consuming relationship.

Ari’s  family worries that she is losing touch with the important things in life, like family, hard work, and planning for the future. Meanwhile, Summer warns her that what she feels for Blake is just an infatuation. No real love. But Ari’s world is awash with new colors, filled with a freshness and an excitement she hasn’t felt in years.”

For this review, we’re doing things a little differently. Never has a debut novel been so sought after by almost every member of the yaReads team and had us all in a flutter, so it seems fitting that we bring you a joint review of Lorraine Zago Rosenthal’s Other Words For Love.

Ivy: Holy Guacamole!  Two days after, I’m still thinking about Other Words for Love.  It was one of the best books I’ve read in a long time.  For an urban fantasy lover like me, it’s a breath of fresh air to have read something as real and believable as this book.  It could be your sister, friend, or neighbor’s story.

This is an easy 5 stars.  Outstanding debut Ms. Rosenthal!

Kiona: Other Words for Love is an emotional roller-coaster. Throughout the book, my opinion of Ariadne was ever-changing. In the beginning, I like her. She’s the relatable underdog: a pretty girl often overlooked due to the beauty of her best friend. She’s a hard worker, gets good grades, and is passionate about art. She also pretty much takes care of her out-of-control older sister’s son, which is very altruistic of her considering her sister, Evelyn, treats her like crap. I admire Ari’s inner-strength and ability to look past others’ flaws.

But then she meets Blake and he essentially eclipses the sun of Ari’s world. To me, Blake is a decent enough guy, but I was annoyed by his constant use of the word, “ nice” Anytime she considers doing something he doesn’t like, he makes her feel guilty by saying, “That wouldn’t be nice”. And while Ari is blinded by love, it’s easy to see how much control Blake’s father has over Blake’s life, which just shows how weak Blake is. I understand that that’s the point Rosenthal is trying to convey – that Blake isn’t actually the picture-perfect guy Ari thinks he is. Love interests don’t have to be likable for a story to be likable. But I was disappointed in Ari – who is such a smart girl – for not being able to recognize the signs of Blake’s imperfection and weakness. So halfway through the book, I began liking her less and less.

The middle is also when the story stops being relatable. I lost all respect for Ari when she dropped her friends and focused her entire world around Blake. I know first loves can be all-consuming, but Ari doesn’t have a particularly thriving social life. Yet she still drops Summer, a friend since childhood, and Leigh, a girl who could really use a friend, and she never really repairs these friendships. When Blake dumps her, Ari stops caring about school, her appearance, her nephews, SATs, and even considers suicide. While I’ll admit this happens to some girls, I definitely don’t feel like that it’s the norm. I had to put this book down several times so I could collect my emotions. While I admire that the author can illicit such emotions, I think she did so at the cost of alienating the reader from the protagonist. The ending makes me feel slightly better, but it’s not enough to redeem Ariadne in my eyes.

That being said, I think the writing is superb and Rosenthal clearly knows New York City very well. The descriptions of the city sound genuine and really ground Other Words for Love in the specific time period Rosenthal chose (1980s). I really enjoyed the detailed glimpse in the city and Rosenthal’s exploration of a dysfunctional family is very intriguing. I definitely enjoyed the psychological aspects of this novel, but while I think this is an interesting take on first love, I don’t think it’s a story many girls will be able to relate to.

Christina:  There are so many different ways to promote books these days. The one way that I completely trust is when everyone (with nothing to gain for doing so) is buzzing about a book as enthusiastically as they were for Other Words For Love. So I’m with Ivy on this one – I completely loved it.

The characters in this book were incredible. Each character was unique, so well fleshed out and had these realistic personalities with both virtues and flaws. Some characters you’ll completely hate and others you’ll grow to understand. Some of them were even quite cruel at times like Evelyn and Summer, who would say certain things that would make me go – GAAAAAASPPPPPPPPPPP! OHHHHH, she did not just say that!  I wanted to dive into the pages, step beside Ari and serve them a swift kick to head for how they acted. This just goes to show how invested you become in these characters and Ari’s story.

What really hit me was just how authentic I felt the emotions expressed in the book were. Everything Ari felt, from her elation at being with Blake, to her eventual heartbreak just felt so so real. Her feelings in the end might seem dramatic but if you’ve ever been heartbroken that’s exactly what it’s like – the colors fade to gray, food seems pointless and you’re stuck in a rut you don’t bother to get out of. I loved how the way Ari felt meant that she perceived the statue of Saint Anne differently – it was very clever and so true.

The part that particular struck me the most me while Ari’s world was falling apart, she felt like all the hard work she’d done up to that point, not just in school but in life, had counted for nothing because of a slip up right at the finish line. For me that was the part where I raised my hand and said “Oh I have been there” Which I think a lot of girls will feel the same about quite a few sections of the book.

If there was a flaw in this book I can only say it was the blurb – it gives too much away. I’ve omitted the last paragraph of the blurb in this review because it basically gives half the story away and I was able to have a good guess about what would happen in the rest. BUT! Despite that, the story’s execution was superb and even though I’d already been told what would happen it didn’t make it any less interesting or heartbreaking or amazing, which proves just how great this book is.

Ari’s life in New York in the 1980s was completely fascinating to read about, in particular to note what has changed and what is still the same. Even after finishing it I couldn’t stop thinking about this story for days after. I was so proud of Ari and what she managed to accomplish in the end, her experiences made her so much stronger. Sign me up for every thing Lorraine Zago Rosenthal writes next. Highly, highly, highly, recommend it.

Two out of the three of us loved it, the other, not quite feeling it. Which side of the fence are you on?

Teaser Quote: “I was looking out the window, checking for neighbors and hoping to give them something to see, when I felt Blake’s hand on my chin. I looked at him, at his straight nose and his perfectly carved lips, and felt his finger move back and forth on my skin. Don’t ask me, I thought. Just do it.”