Ally Condie is the author of Matched, our fabulous Book of the Month for November.

We’d like to introduce the woman behind one of the most anticipated new releases of this year as she shares a bit of background on herself and gives more of an insight on the story behind Matched. Ally can be found on her website here, or on Twitter – @allycondie. Also, check out the official website for Matched which features the book’s newly released trailer. 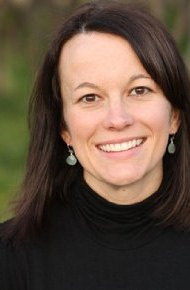 I’m a mom and writer now, but before I did those things, I had a lot of other jobs. I was a high school teacher (I still keep my license current, but I haven’t taught in about six years). I was a bookstore employee. And I was the house mom in a sorority at an Ivy League school (my husband was the house dad, and we lived in a teeny tiny apartment right in the sorority, and it was fantastically entertaining and interesting).

And I got to choose all of those jobs.

In Matched, the characters don’t get to choose the people they marry, and they also don’t get to choose their vocations. Of course, this isn’t a new idea—we’ve seen it in books like 1984 and in actual governments throughout history. We live in this very rare and wonderful time when choice is seen as a right and as something that is possible and intrinsic to our happiness.

Cassia, the main character and narrator of Matched, doesn’t live in a world like that. Everything has been carefully orchestrated and everyone has been carefully manipulated. Cassia knows that her vocation will be based on her aptitudes and interests, and that it will probably be a job she enjoys. She trusts the Society to Match her not only with her mate, but also with her career. Until, of course, something happens and she begins to ask questions the Society would prefer she didn’t.

For me, being able to marry the person you love and to choose what you do are two of the most important choices of all. And they can lead you to very interesting situations. If I hadn’t been married to my husband, for example, and if we hadn’t chosen to work at the sorority while he was in grad school, I never would have had the singular experience of opening the front door while I was nine months pregnant to find a fraternity of half-naked frat boys holding tiki torches to invite the girls to a dance. I never would have seen their faces fall and some of them literally turn and run at the unexpected and gravid sight of a pregnant twenty-seven-year-old in maternity pants when they were expecting beautiful nineteen-year-olds in Sevens.

And who would want to miss out on an experience like that?

Thanks Ally! Matched is set for release on the 30th November and 2nd December for Australia. Be sure to look out for an interview with Ally and a giveaway.

Book Reviews Nichole - August 1, 2019
0
I can’t believe that I am sitting here writing this review, as I haven’t written a review or read a book in well over...