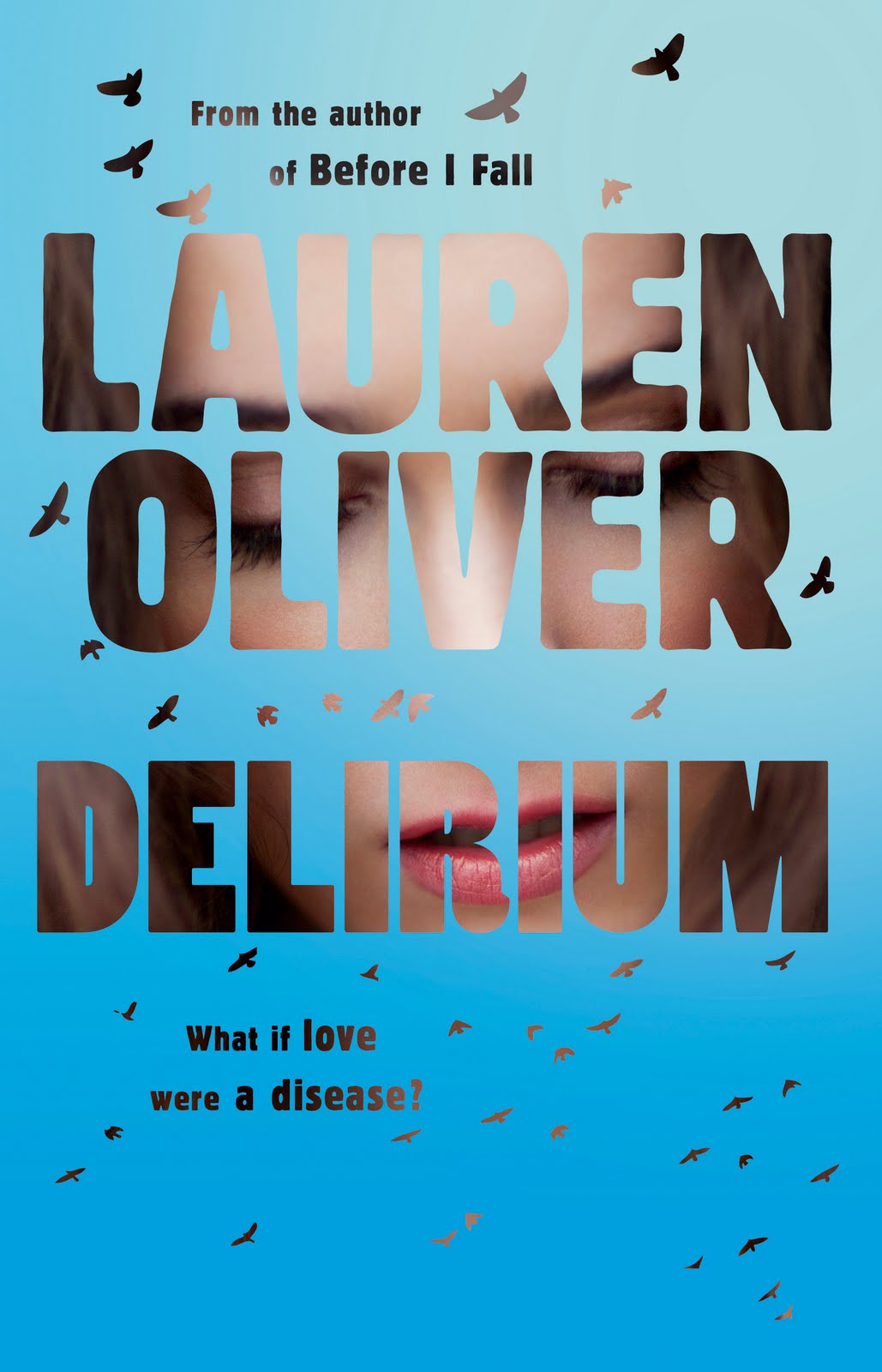 There was a time when love was the most important thing in the world. People would go to the end of the earth to find it. They would tell lies for it. Even kill for it.

Then, at last, they found the cure.

Now, everything is different. Scientists are able to eradicate love, and the government demands that all citizens receive the cure upon turning eighteen. Lena Haloway has always looked forward to the day when she’ll be cured. A life without love is a life without pain: safe, measured, predictable and happy.

But then, with only ninety-five days left until her treatment, Lena does the unthinkable…”

Last year, everyone fell head over heels in love with Lauren Oliver’s debut novel, Before I Fall which meant the February release of her dystopian novel, Delirium, was high on a lot of people’s “Can’t wait! Can’t wait!” lists.

As seen in many dystopias, there is something completely terrifying about a society that takes away your freedom, where you must conform to what the government dictates to be acceptable. In Delirium there is the added horror of a society that not only believes that love is a disease, but they have found the cure. A cure which all citizens must submit to, just after their eighteenth birthday. This is the world Lena Haloway knows.

Lena wholeheartedly believes in the cure and is counting down the days until her procedure. Love to her is wrong and unnatural and the cure equals stability and safety, away from the disease that drove her mother to take her own life.

But amor deliria nervosa has a mind of its own when Lena meets Alex. From there the disease starts to take over, but is it really a disease or is this the way things should be? How can something that feels so right be considered deadly wrong?

When I first heard the concept of love being a disease I was definitely curious. But when the symptoms of love, or amor deliria nervosa are explained – sweaty palms, difficulty focusing, loss of appetite, obsessive thoughts and actions, to name a few, it really does sound like a disease.

I found the story a little slow to start but it felt a lot like a rollercoaster  – you creep upwards and you know you’re building up to something big, then when you hit the top, and speed all the way down, and you don’t get off until it’s over, and that’s exactly what reading it was like. Once I hit the part where you’re hooked, I sat there and couldn’t put it down till I finished the whole book.

The main difference between this book and a rollercoaster though, was that this book had a BIG finish. It had one of the most intense, amazing and heart wrenching endings I ever read.

The writing itself is both thrilling and hypnotizing. Lauren Oliver does an amazing job at pin pointing the feelings of love which, for Lena, are not only new and wonderful but conflict with eighteen years of brainwashing that have told her that those feelings are sick and wrong.

Lena and Alex’s romance will definitely steal your heart. Their affair is powerful and tragic and you find yourself desperately hoping they’ll find a way to be together.

The dystopian world built up in Delirium is believable, with its underlying sense of terror – an almost robotic world without freedom and love which is cleverly illustrated by the pieces of propaganda at the beginning of each chapter. The only flaw I can mention is that the reason for why the cure came about isn’t really discussed (at least not in this book). I hope we do get to find what would trigger a whole country (with the exception of those who escaped to the Wilds) to agree to something as crazy as a cure for love.

Delirium is riveting, unforgettable and unputdownable. If while reading it you start to feel your heart racing, that’s the deliria taking over, and you’re feeling it for the book. Welcome to the club.

Teaser quote: “They say the cure for love will make me happy and safe forever. And I’ve always believed them.

Until now. Now everything has changed.

Now I’d rather be infected with love for the tiniest sliver of a second than live a hundred years suffocated by a lie.”