As part of our Book of the month promotion for Across the Universe by Beth Revis, we’re hosting a giveaway for three lucky readers. 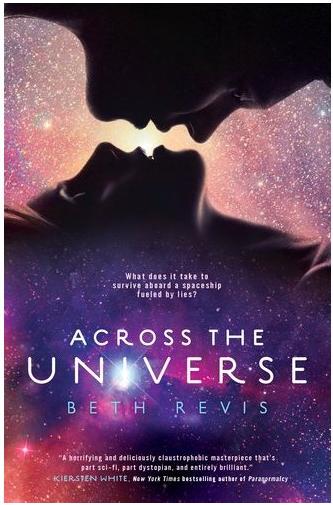 A love out of time. A spaceship built of secrets and murder.

Seventeen-year-old Amy joins her parents as frozen cargo aboard the vast spaceship Godspeed and expects to awaken on a new planet, three hundred years in the future. Never could she have known that her frozen slumber would come to an end fifty years too soon and that she would be thrust into the brave new world of a spaceship that lives by its own rules.

Amy quickly realizes that her awakening was no mere computer malfunction. Someone–one of the few thousand inhabitants of the spaceship–tried to kill her. And if Amy doesn’t do something soon, her parents will be next.

Now Amy must race to unlock Godspeed’s hidden secrets. But out of her list of murder suspects, there’s only one who matters: Elder, the future leader of the ship and the love she could never have seen coming.

If you want to know more about the book, check out our review here